On Monday, Year 4 were transported back in time to become citizens of Athens. The school hall was transformed into a Greek agora (market place) where the children learned various skills from Master Craftsmen (our very talented parent helpers!). These included making: scent bags for various ailments, wax tablets, olive oil, clay amulets and pots, mosaic tiles and soap carvings. A slave auction was held and someone was ostracised from the city for carving fish- a dreadful sin as this showed support for Poseiden!

In the afternoon, a great feast and festival was held with slaves serving wine in silver goblets and a variety of foods whilst being entertained by dancing and three plays.

A HUGE thank you to the PTA for paying for this incredibly immersive experience and to our parent helpers, without whom the workshops would not have been so successful. 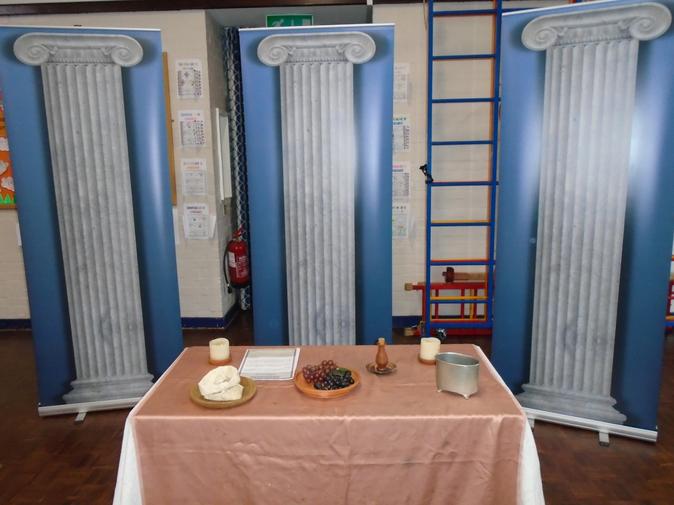 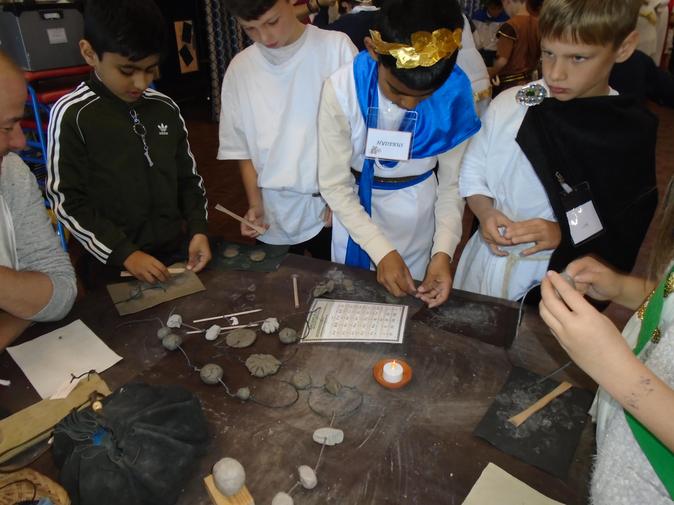 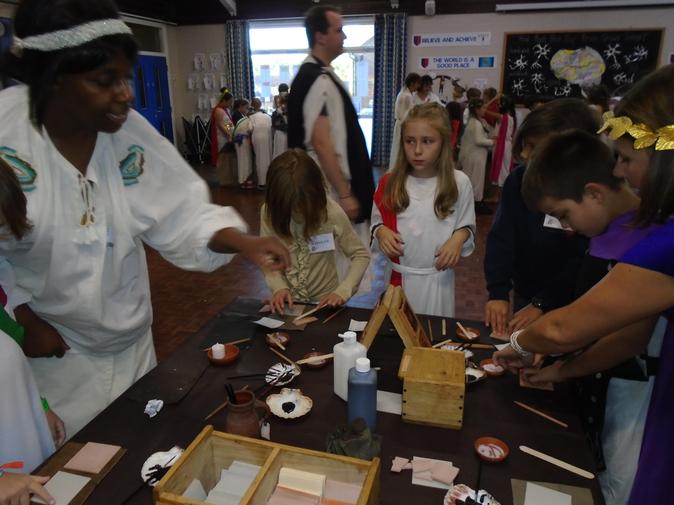 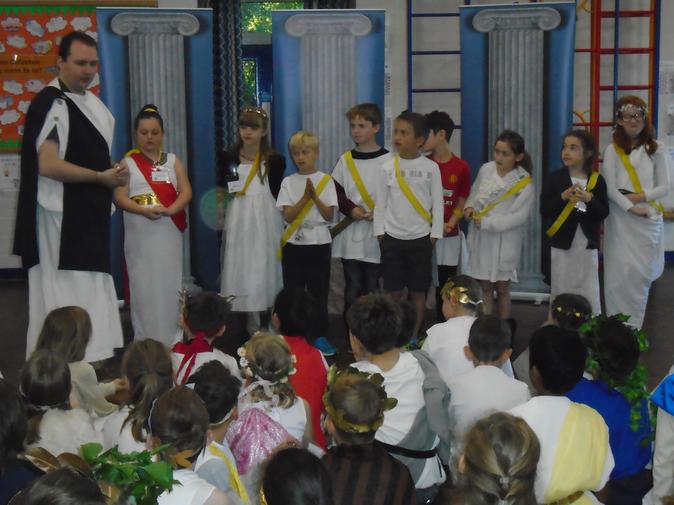 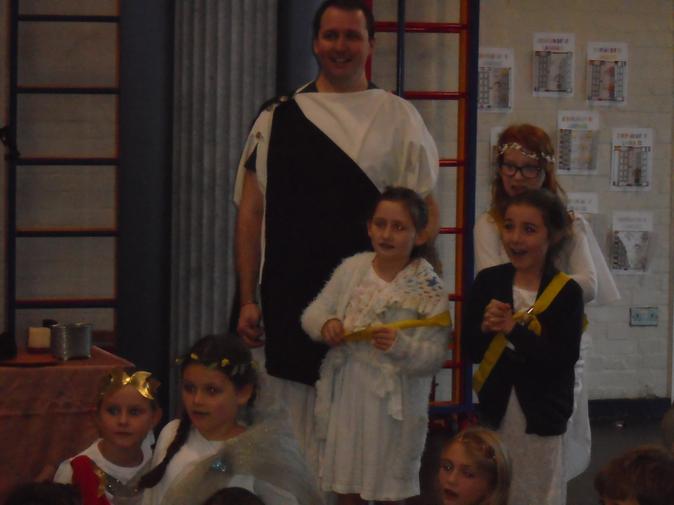 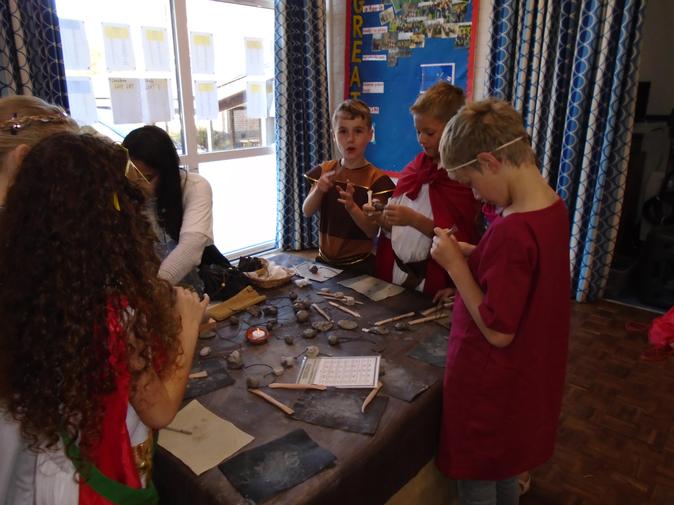 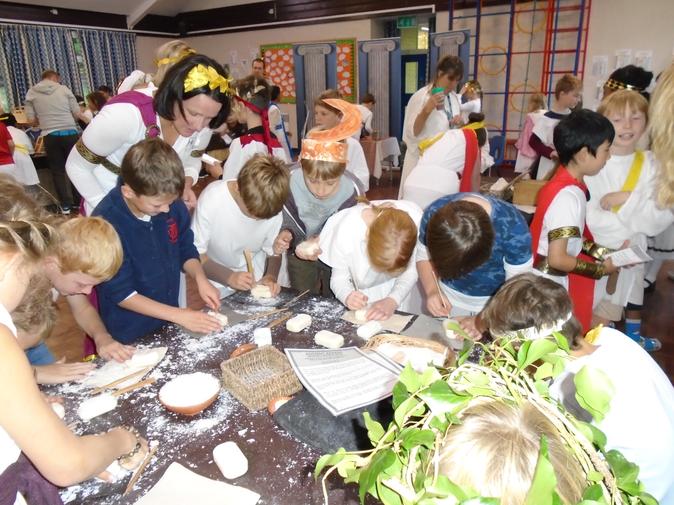 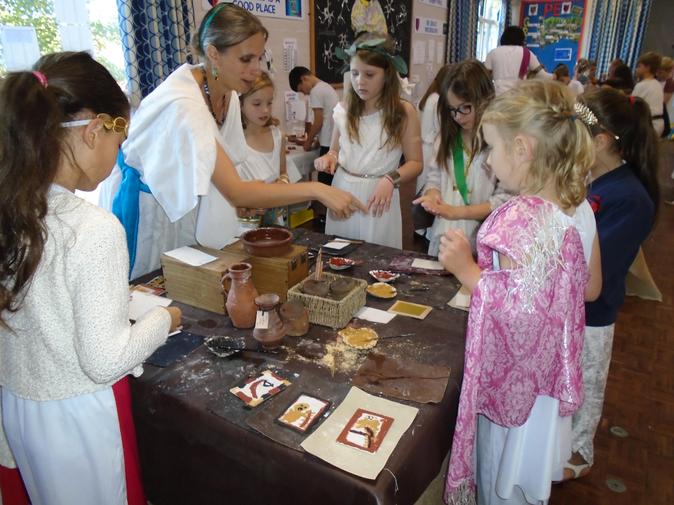 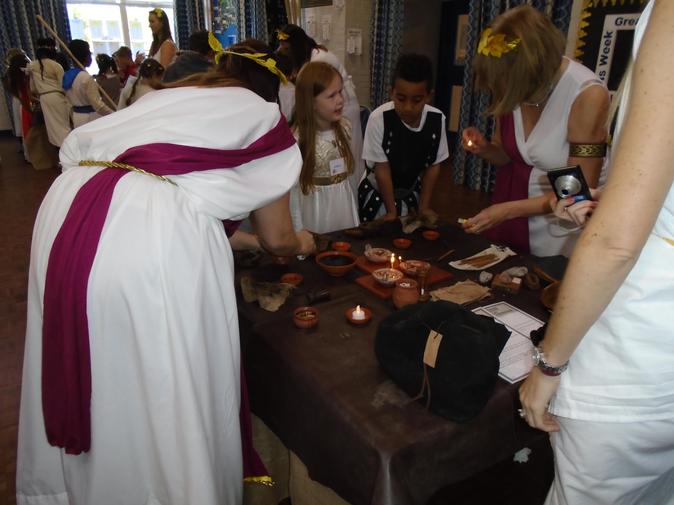 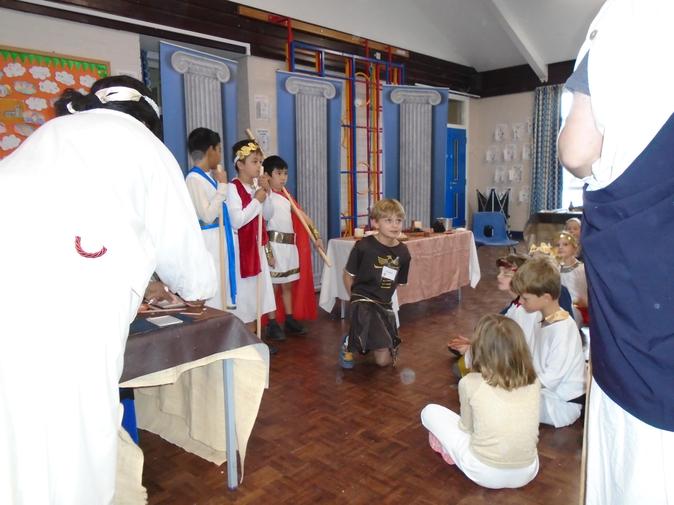 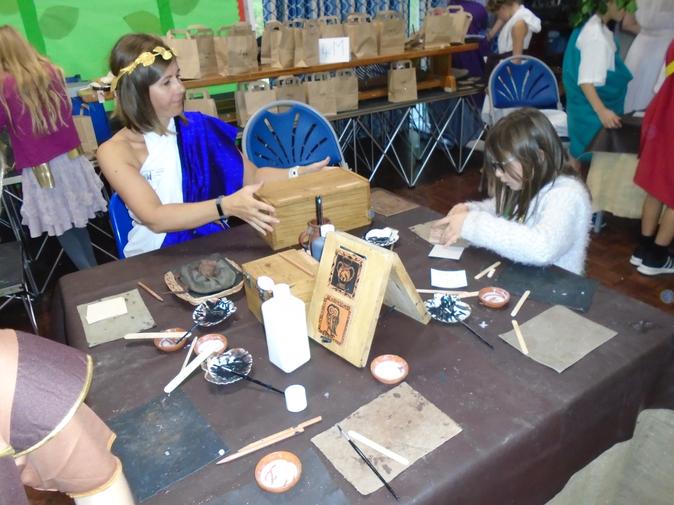 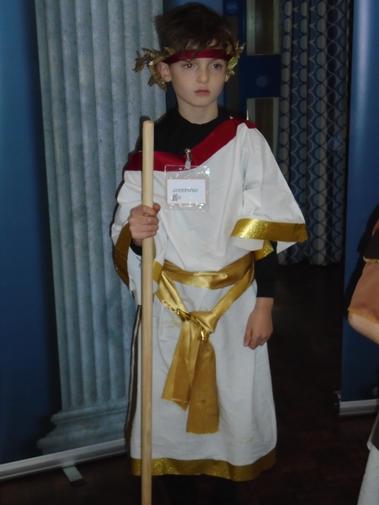 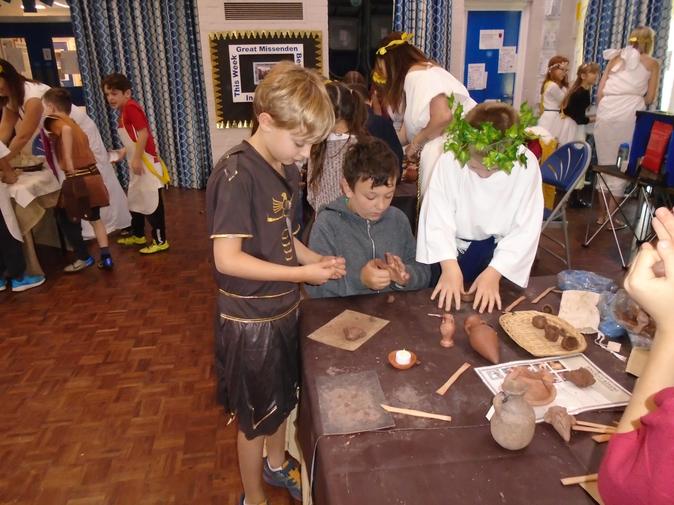 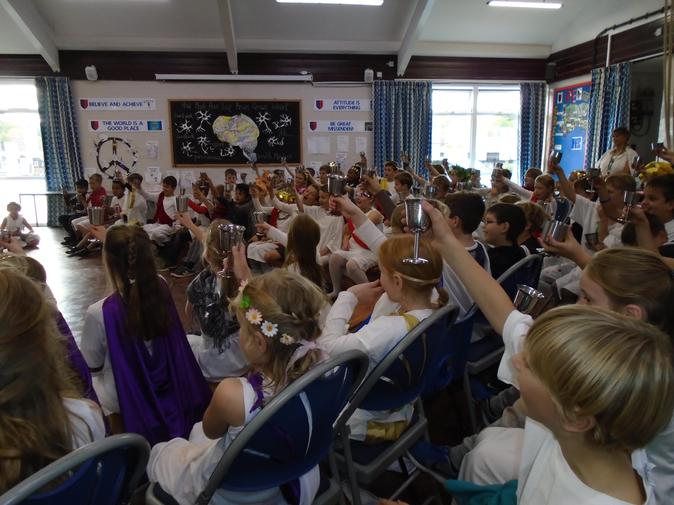 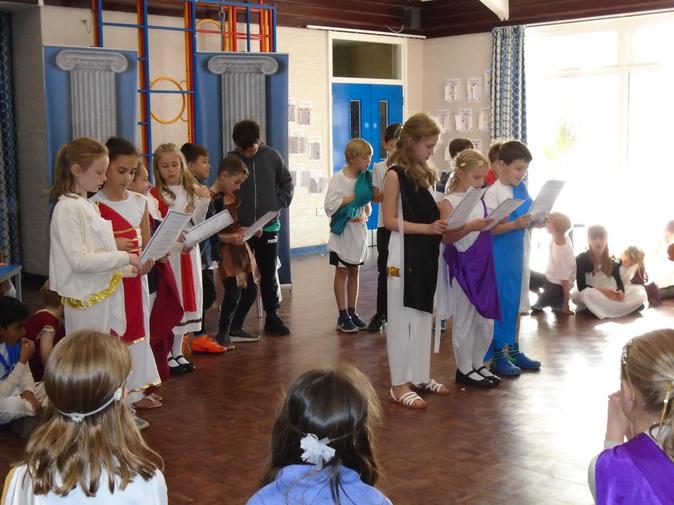 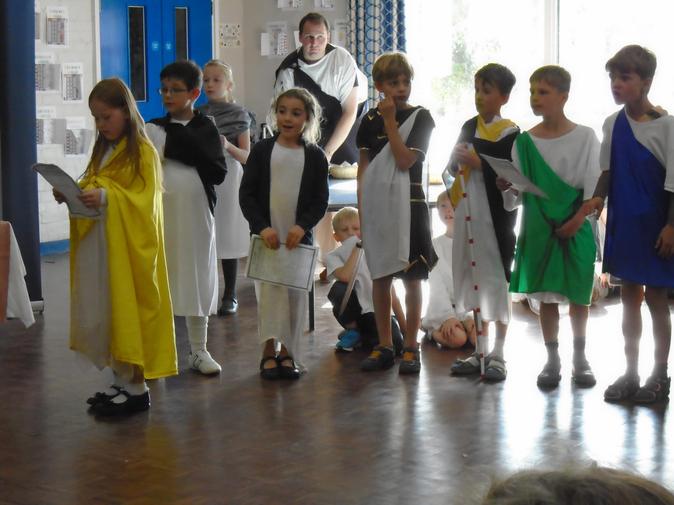