Yesterday we began to think about wishing stories by making our own wishes! Today we’re going to look at a new model text for a wishing story. It follows a useful pattern that we will learn off by heart so we can adapt for our own crazy ideas later on.

Step 1 - Read our model text 'Three Wishes For Me' through a few times.

(It is attached in a PDF below.) 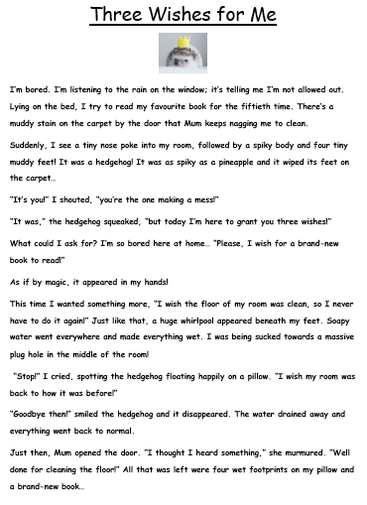 Now it’s time to map out the text using pictures. Just like we have done before, draw pictures for as much of it as you can manage.

As an extra challenge, you might want to come up with some actions too to help you start memorising the text!

Fiftieth (adjective) - This is a number of times which could also be written like this: 50th.

Nagging (verb) – Similar to 'annoying' mixed with 'asking' and 'reminding', someone is 'nagging' when they ask you again and again in a frustrating way. 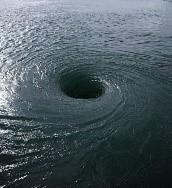 Murmured (verb) - To say in a voice too low to be heard clearly.

A note to Mums and Dads and other home learning superstars

The point of using these ‘model texts’ is to give the children a good example of a text, so they have a pattern to copy for their own work. This is quite a long model text so it might suit some children just to read through thoroughly and make up actions rather than worry about spending a long time creating lots of icons. Other children might enjoy the artwork. The important thing is that they get a feel for this type of writing and what it does.

As always, if you have children of different ages they could choose one of the model texts so they can work as a team with the actions, and then, if they have slightly different models texts, they could work independently for the pictures.